Another ARC from my job and it in no way sways my review.

Her Fierce Warrior by Paige Tyler is the fourth book in the X-OPS Series. It is a paranormal suspense romance if the cover didn’t give some of the genre away.  Kidnapped and experimented on, Minka escapes the laboratory cage from scientist’s who torture. On the run she is found by Special Forces soldier, Angelo. Can she trust Angelo, the only thing that can calm the beast inside, when she’s not even sure she can control herself around him. Angelo recognizes a hybrid when he sees Minka and to help get her to safety he calls his former team leader, Landon. But Minka and the beast inside are only calm when Angelo is near so Angelo’s protective instincts kick in and sticks with Minka, falling for the other each moment together.

I haven’t read any other books in this series and wasn’t confused when placed in this world. The world building was strong. The dialogue and characters were developed. The storyline was fun, and interesting with shady government cover ups, evil corporate dicks, as well as friends that help strengthen Minka’s control.

What I like the most about this book was the growth Minka’s character had through the story. She really gained a believable amount of confidence and strength. It had nice action sequences especially at the end. I like the therapy sessions featuring other shifters (I’m sure from other books) and the small glimpses into their lives.

I would recommend this book to people who like this genre. Can’t wait to read more of the people and shifters in this world.  This title will be published March 1st, 2016 by Sourcebooks Casablanca. 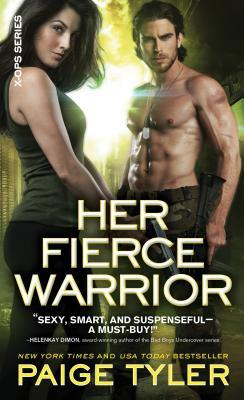 Writer/ Aspiring Author/ Reader/ Gamer/ Book Slave. Blogging my writing, writing struggles, book reviews, travel, favorite quotes, and random creative prose. The views and opinions expressed on this website are purely my own. Some of the links in this website are affiliate links. This means if you click on the link and purchase the item, the owner of this website will receive an affiliate commission. Regardless, I only recommend products or services that will add value to my readers.